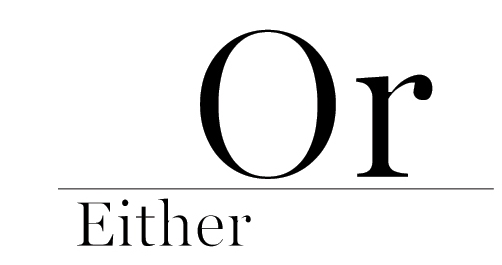 The book quiz  Either/Or Tag (in English) and Entweder/Oder Tag (in German) on Booklikes blogs spread wider and wider before we noticed. And we love it! Awesome initiative and great way of getting to know each other a little better.

If you still haven't heard of it, have a look at several blogs that took part and answered 15 questions about their books and reading habits. And join, we tag all of you :)

Here's how it works. Share your reading secrets, answer questions and suggest who should answer the same set of 15 questions next. Here's what we've found on your blogs:

I would definitely prefer a tome - if it's a book that I enjoy. When I'm reading a good book, I  never ever want it to end. Which is part of why I love Gone With the Wind and Anna Karenina - they're both actually long enough to satisfy me haha read more about Bookworm Blurbs

Mainly new books. I only buy them pre-owned if I'm not comppletely sure if they are the right stuff for me, or if they are no loger available as new books, because the edition ist out of print. read more about MARTINI

I haven't had a new book in forever. I either get used or mostly go to the library. I'm a broke girl most of the time. I use paperbackswap a bunch too. read more about Shelby

That's not really a tricky question. I just love fantasy books. But to be honest, I do like historical fiction too - especially ones from Rebecca Gablè or Ken Follett. I think I have read all books of this genre by both authors. But fantasy is and ever will be my go-to-genre. I'm just saying: Terry Pratchett and his discworld, Douglas Adams, Tad WIlliams, Jim Butcher or Brandon Sanderson who I only discovered last month. Just visiti my fantasy bookshelf here on booklikes and you can browse through the books I've already read. read ore about TRILLIAN

I love both but I have to go with Historical fiction :) I love being in another time-period and/or learning about certain points in history! Love when it's combined with romance or fantasy or paranormal or any other genre I like! read more about Peace ☮ Love ♥ Books

Paperback for many reasons.  They are cheaper, easier to stick in my purse, more of them fit on a shelf, etc. read more about LYSSA'S NOVEL IDEAS

Either way is fine for me, i rarely ever read books that give me the feels, but i do always love a good laugh too! read more about confessions of a bookaholicx

Sad (with a happy ending). I don't like books classified as funny - I read, but they're not usually my favorites. I prefer that laugh that comes when you least expect it. read more about MAY'S BOOKS

DO YOU PREFER READING IN SUMMER OR IN WINTER?

Winter. I like reading in bed so the winter is the best time for it. Summer is time for outside reads. read more about HUNGER FOR KNOWLEDGE

Summer, since I can ride my bike somewhere in town or lay on the back deck in the sun or at the beach. In winter, I can't concentrate on anything for some odd reason. read more about DANIELLE'S BOOKSHELF

Um, both though Mainstream in quantity. I read Mainstream more often but I love to read classics as well, such as Austen, Orkzy, and more. read more about Degrees of Affection...

Both, currently in a mainstream phrase. read more about The Fish Place

Primarily fiction. If guidebook = non-fiction, I read about half dozen history/science books each year. read more about Murder by Death

Fiction. between the two, definitely fiction. I love non-fiction, too, although judging by my shelf it's a newly discovered love. But guidebooks? The only ones I can think of are about tennis techniques, though I prefer to just play, hit the damn ball and see what happens. Hold on, I also own a book about running - maybe someday I'll even read it. read more about BrokenTune - Reviews & Rants

Crime novel. I've read some Thrillers during my college years but I don't have the guts for that anymore. read more about Nia

I love physical books BUT I love my Kindle. I hadn't realized just how much I read my Kindle until the other day when I was reading a physical book and I realized that I can't highlight, can't look things up in the dictionary, can't write a note - but it didn't stop my fingers from trying the first couple of chapters haha.  Also, my wrist and arm were sore, which I don't get with my Kindle.  I have shelves full of print editions, but I have to say, I really like e-books (and I never actually thought I would).  Both.  But, you know, all those other things I said. read more about A temple of words

E-book.   Less eyestrain, less migraines - on the Kindle, at least-  and more convenient for carrying around hundreds of books. read more about (All Hail) Grimlock

COLLECTING OR CLEARING OUT?

I admit, I'm a collector. I just can't part with my books. Even if I didn't like them or couldn't finish them and put them in the second row on my bookshelf, I know they're here and that's where they stay. But maybe after my next move to another apartment I will think differently :) The only thing I do is giving some books away to friends or family if they find one they are really interested in. But apart from that, my books stay with me :)  read ore about TRILLIAN

Is hoarding an answer? My husband keeps saying that I need to read the books I have here. So I just hide them. I have 2 large bookcases full..then I painted a couple of old dressers and hid paperbacks in them. I have them stuffed under the bed too. Shhhhhh read more about Shelby

I prefer bookstores, but let's be honest, internet is usually cheaper. read more about Bookworm Blurbs

Internet. Although I try to support our local book shops. If they would sell e-books they would see me a lot more. read more about Nia

Either. Whether something was published this week or 10 years ago makes no difference to whether I'll pick it up and read it. read more about Miss Hyde Reads...

In 9 cases out of 10, backlist. I hardly ever get around to reading books the same year they are published. For more, see also my answer to the next question (re: best sellers). read more about Themis-Athena's Garden of Books

I pay absolutely no attention. What a stupid sales pitch! D I care if 100,000 other people bought a book? There are a lot of fools in the world and I'm not a follower. read more about Lora's Rants and Reviews

I don't trust best sellers all too often but I think this is kind of related to the last question... I don't read books that are being hyped or that are 'trending'... I wait years and years until no one is talking about them anymore which maybe means they aren't selling as well by then? I don't know! read more about UNGH... ARRR... BOOKS!

Cookbook.  Baking takes more precision than I can manage.  Also, chemically it often requires real sugar, which is problematic for me. read more about SusannaG - Confessions of a Crazy Cat Lady

I enjoy both and have a fairly extensive collection of cookbooks especially – unfortunately these days I have so little time to do any cooking or baking of my own that only regular dusting keeps my cookbooks and spice racks from collecting dust in the first place! Gone, at least for the moment, are the days when I'd return from a trip abroad with a stack of cookbooks in my suitcase and have friends come over for a "themed" evening with home made food from whatever place I'd been visiting ... These days, unfortunately most of my exploring of foreign cuisines (outside of travel) is via restaurants ... read more about Themis-Athena's Garden of Books

On BookLikes you can also read German edition of the quiz: