6 scary books for Friday the 13th

Read them if you date! Challenge accepted? Unnatural Creatures is a collection of short stories about the fantastical things that exist only in our minds—collected and introduced by beloved New York Times bestselling author Neil Gaiman. The sixteen stories gathered by Gaiman, winner of the Hugo and Nebula Awards, range from the whimsical to the terrifying. The magical creatures range from werewolves to sunbirds to beings never before classified.

Review by Lora's Rants and Reviews:

This is a collection of mostly excellent stories edited by Neil Gaiman. Naturally the quality of writing is set to a high bar and I enjoyed most of them very much... continue reading

Broken on the Inside - Phil Sloman Phil Sloman’s BROKEN ON THE INSIDE presents a quintet of macabre mentality in: Broken on the Inside; Discomfort Food; The Man Who Fed the Foxes; There Was an Old Man; and Virtually Famous.

These stories were all heavy hitters and combined, make up this powerful narrative as a whole. I enjoyed it as entertaining storytelling on one level, but it also caused me to think deeply about life as we know it and how we go about living that life. Every single person in this book had problems-addictions and obsessions. They were broken on the inside. This led me to thinking about the people I know and even myself. Aren't we all BROKEN ON THE INSIDE in one way or another?... continue reading A troubled man enters a dusky park before sunset. A young woman follows, hidden in shadow. Both have returned to the park to take back something the past has stolen from them, to make right six long years of suffering, and to find justice or perhaps redemption—or maybe they'll settle for some old-fashioned revenge. But something evil is alive and awake in those woods, creatures that care nothing for human motivations. They’re driven by their own insatiable need: a ravenous, bottomless hunger. The campgrounds are full tonight, and the creatures are starving. Before the night is over, they will feed.

OMG. Everything, the title, cover, the woods…makes me eager to begin my ‘hike’ through the pages of They Feed by Jason Parent. I am a huge fan of Jason Parent and his ability to scare the bejesus out of me. He did not fail to do so in They Feed. I love book covers with the trees and woods on them and this cover is so eerie, I know there is some badness in them there woods... continue reading Ten years ago, college student Quincy Carpenter went on vacation with five friends and came back alone, the only survivor of a horror movie-scale massacre. In an instant, she became a member of a club no one wants to belong to--a group of similar survivors known in the press as the Final Girls. Lisa, who lost nine sorority sisters to a college dropout's knife; Sam, who went up against the Sack Man during her shift at the Nightlight Inn; and now Quincy, who ran bleeding through the woods to escape Pine Cottage and the man she refers to only as Him. The three girls are all attempting to put their nightmares behind them and, with that, one another. Despite the media's attempts, they never meet.

This book was crazy this is about Quincy and 10 years ago escaped being killed while all her friends died at pine cottage then one of the final girls died and another final girl shows up at her door. who is kinda fucked up and tries to get Quincy to deal with her pain of pine cottage . I loved how it had flashbacks to pine cottage going up to the killing of her friends and I will say I did not see what came coming... continue reading 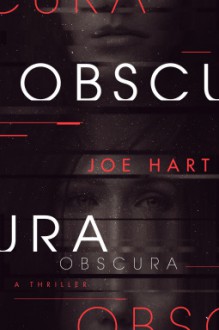 In the near future, an aggressive and terrifying new form of dementia is affecting victims of all ages. The cause is unknown, and the symptoms are disturbing. Dr. Gillian Ryan is on the cutting edge of research and desperately determined to find a cure. She’s already lost her husband to the disease, and now her young daughter is slowly succumbing as well. After losing her funding, she is given the unique opportunity to expand her research. She will travel with a NASA team to a space station where the crew has been stricken with symptoms of a similar inexplicable psychosis—memory loss, trances, and violent, uncontrollable impulses. Crippled by a secret addiction and suffering from creeping paranoia, Gillian finds her journey becoming a nightmare as unexplainable and violent events plague the mission.

This book. This book is worth the hype. All of it. I had no clue what it was about going into it, which as someone who has read way too many reviews that give away the entire premise, I considered a win. I like Joe Hart, possibly because I may have confused one of his books with Joe Hill when I bought it, and liked it anyway. I knew that he could write with The Exorcism of Sara May. I've realized that he is on my must-read list after this. Stephen King meets Pretty Little Liars in this pulse-pounding novel from the author of The Merciless. Just back from rehab, Casey regrets letting her friends Shana, Julie, and Aya talk her into coming to Survive the Night, an all-night, underground rave in a New York City subway tunnel. Surrounded by frightening drugs and menacing strangers, Casey doesn’t think Survive the Night could get any worse...until she comes across Julie’s mutilated body in a dank, black subway tunnel, red-eyed rats nibbling at her fingers. Casey thought she was just off with some guy—no one could hear her getting torn apart over the sound of pulsing music. And by the time they get back to the party, everyone is gone.

Review by Hooked on Books:

That was pretty intense... Great book if you like YA monster horror.