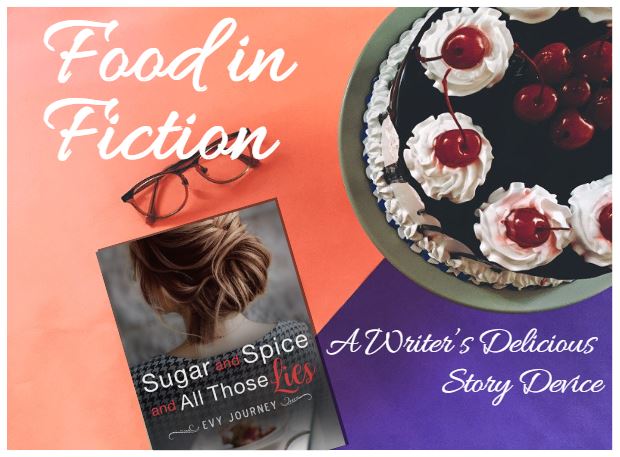 We can’t live without it. Yet sometimes, it can be poison.

When we gather together to celebrate or even commiserate, we usually offer food and/or drink. Even at funerals. On first dates, we’re likely to take our potential amour to dinner or, at least, meet her for coffee or a drink. Sometimes we binge on food to calm our nerves.

We are what we eat. So, when Evy Journey writes novels, she includes food/eating scenes.

She says they’re a delicious way to help define mood or setting, as well as activity. Even character. They can also draw readers in emotionally. Plus, she loves writing cooking and dining scenes.

For instance, in Hello My Love, Book 1 of her trilogy, Between Two Worlds, the main characters reconcile at an Indian restaurant where they order tandoori lamb and mango lassi. Choosing an ethnic eatery offers a glimpse into their personalities—open and exposed to things exotic or often unfamiliar to Americans. It also serves to subtly situate where the story happens (a fairly cosmopolitan city). Three of Evy’s five novels are set in the San Francisco Bay Area.

There’s always a good cook in her stories, including a mother who only prepares Polish dishes in Hello Agnieszka (BTW, Book 2) and the computer nerd hero of Welcome Reluctant Stranger (BTW Book 3). So when she ramps up food talk in her latest novel

Sugar and Spice and All Those Lies, it seems natural and inevitable. Gina, the heroine, cooks at a Michelin-starred restaurant catering to a rich and privileged clientele.

Evy warns, though, that S&S&ATL uses cooking and food as a device to show how the heroine grows. In that sense, food isn’t really the focus of the story although there are ample references to it.

Rather, the story shows us how food affects those who make them and those who consume them. It’s more about the cook’s passion for creating dishes that give pleasure (and life). And more about how we relate to food than how it makes us salivate, lick our fingers, tease our taste buds, or what satisfies our cravings. 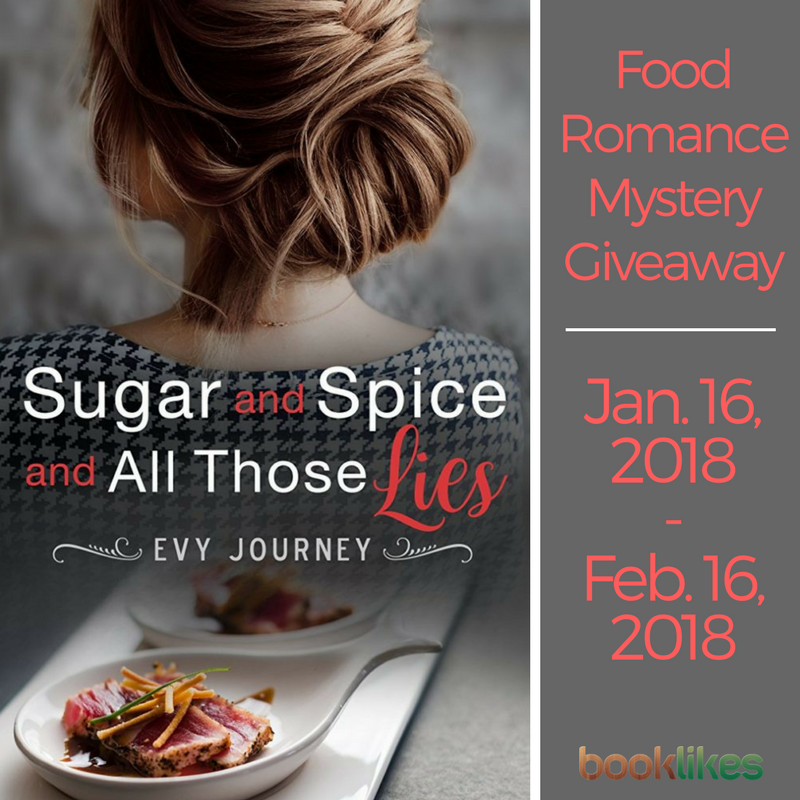 Has she cooked any of the dishes in her latest book?

Yes, she has. When she mentions a dish in a scene, it’s one she’s familiar with, either from having eaten it or cooked it.

Chanterelles Garnished with Cream and Mayhem.

She says it captures both the culinary and crime aspects of the novel.

Has she made the chanterelles dish?

Many times, and without using a recipe. For her, when it comes to savory dishes, recipes are merely guides. She claims to be a use-what-you have, taste-as-you-go adventurous foodie. Below she’ll tell you how she prepares it. 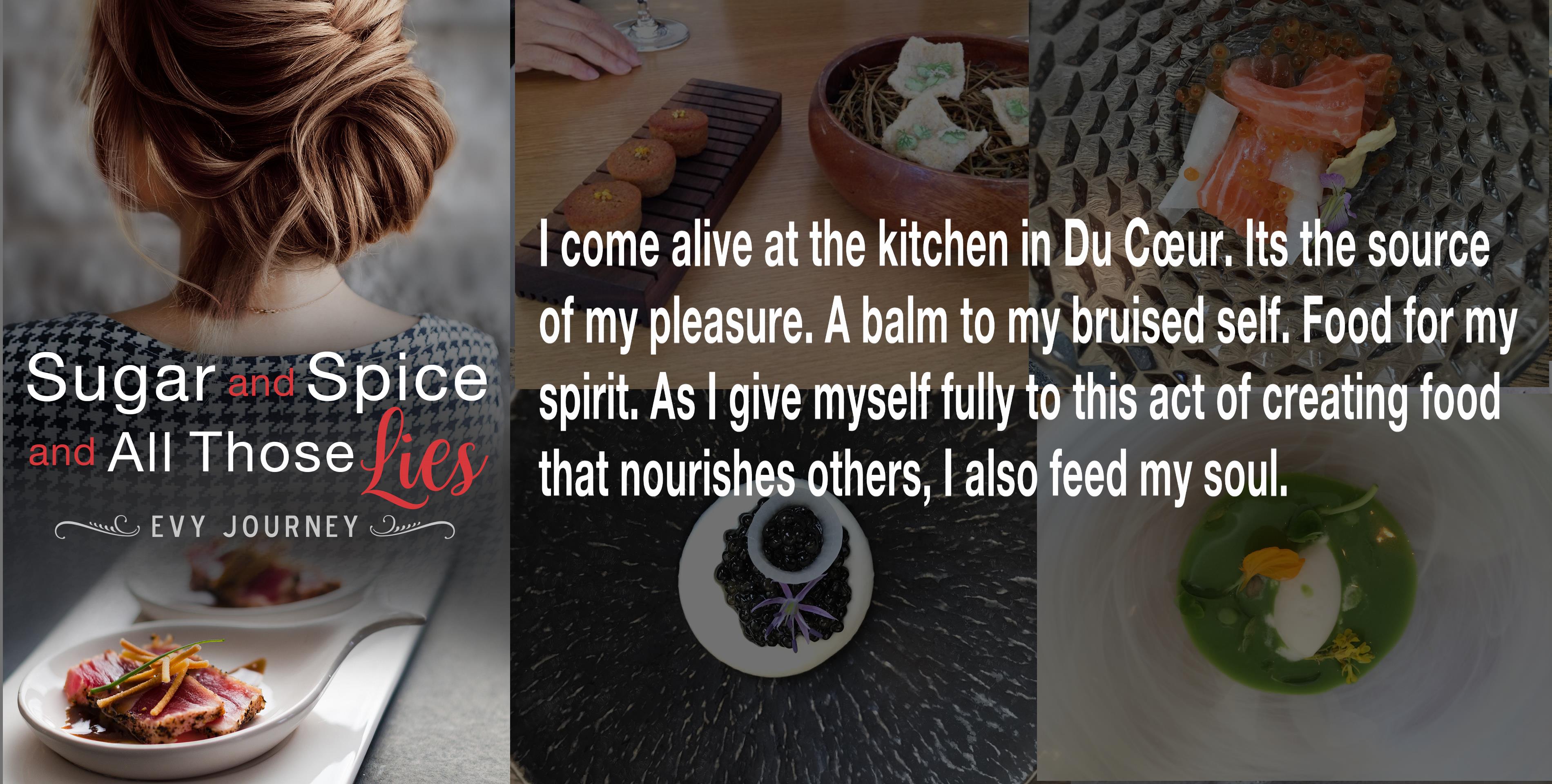 It’s a different story when it comes to baking. She does follow recipes. To the letter when she first tries it. Then, she’s likely to tweak it when she makes the recipe again.

In the book, Gina’s mother is the daughter of a murdered French chef. She inherited her father’s passion for cooking and passes it on to Gina. In one scene, she serves her guests gougère and fig tart with almond cream.

Evy has made both dishes a few times. She first tasted fig tart with almond cream in Paris and has been hooked on it ever since. She shares her recipes below, adapted from one she uses for Pear Tart.

Evy  talks about how to make this dish in a An adventurous Foodie in Paris: A Simple Plate of Chanterelles. The only caveat she has is to use more chanterelles than onions. :

A pound of girolles (common French word for chanterelles) goes a long way in both quantity and taste; and they are easy and fast to cook—even away from home. Sauté some sliced onions or shallots in oil or butter until soft, dump the sliced girolles in, splash that leftover white wine, salt and pepper to taste, cook at high heat until soft and nearly dry, about 5 minutes. Before serving and with the heat still on, spoon some crème fraîche (or good sour cream) into the mix. If you have it and like it, sprinkle a little tarragon, and you’re all set. Go vegetarian and place a sunny-side up or poached egg on top and you will feel like you’re eating at a king’s table. For meat eaters, we’ve served this with sausages from a charcuterie. All good on top of couscous or just savor it with a crusty baguette. 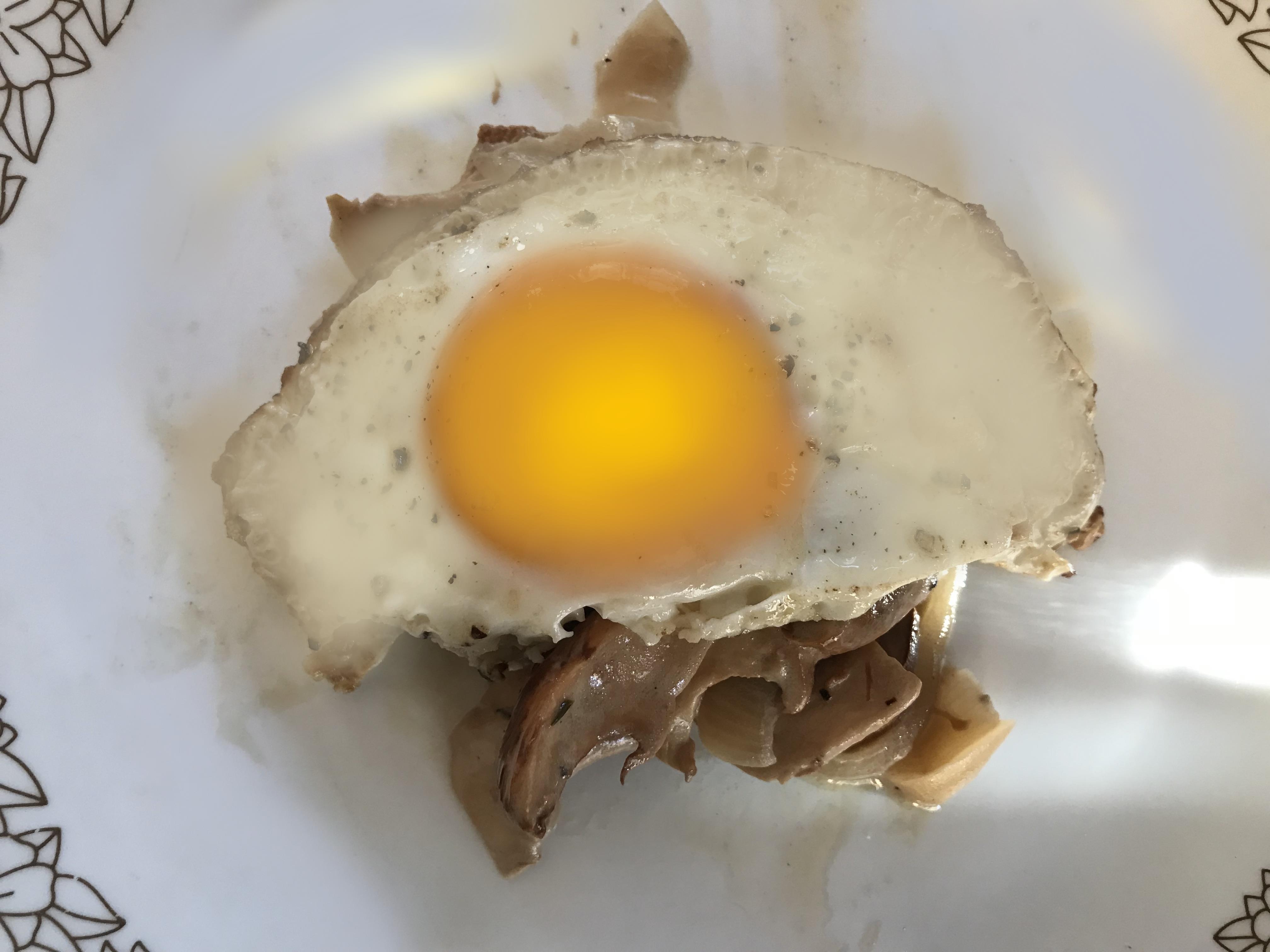 A Couple of Pastries

Gougères are cream puffs with cheese. You don’t need to fill them.

The traditional recipe uses gruyere but Evy has substituted other kinds of cheeses and increased the quantity as much as half a cup more. You can make a lot of these and freeze some to serve another time. They last months in the freezer. 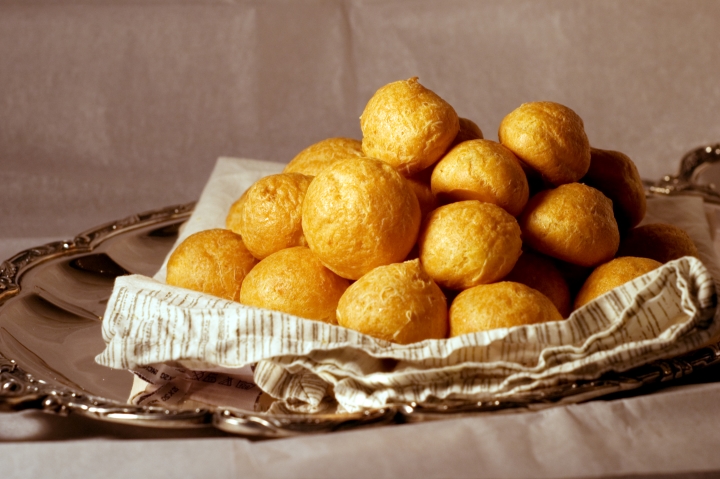 How to Make It

Step 1:  Preheat the oven to 400°. Line 2 baking sheets with parchment paper. In a medium saucepan, combine the water, milk, butter and salt and bring to a boil. Add the flour and stir it in with a wooden spoon until a smooth dough forms; stir over low heat until it dries out and pulls away from the pan, about 2 minutes.

Step 2:  Scrape the dough into a bowl; let cool for 1 minute. Beat the eggs into the dough, 1 at a time, beating thoroughly between each one. Add the cheese and a pinch each of pepper and nutmeg.

Step 3:  Transfer the dough to a pastry bag fitted with a 1/2-inch round tip and pipe tablespoon-size mounds onto the baking sheets, 2 inches apart. Sprinkle with cheese and bake for 22 minutes, or until puffed and golden brown. Serve hot, or let cool and refrigerate or freeze. Reheat in a 350° oven until piping hot.

When making the choux pastry, it is important to be sure that each egg is fully incorporated into the batter before adding the next. Don't worry if the batter separates and looks curdled at first. Keep beating, and it will come together nicely.

If you use 1½ cups cheese, reduce butter to 6 tablespoons.

Evy loves anything in almond cream. This is a versatile recipe. You can substitute other fruit.

You can use figs fresh, but you may need to lightly stew others like pears (very good in almond cream).

Evy makes the tart dough the easy, lazy way: Throw the first five ingredients into a food processor and whirl until the butter is well incorporated. Then, add the egg and sour cream (or lemon juice)  and whirl again until you have a coherent mass. The sour cream helps tenderize the tart shell. Chill.

Use your own techniques if a food processor doesn’t do it for you.

Figs (cut in half and enough to line the tart shell.

Apricot jam to brush over the figs when the tart is baked (0ptional).

For the almond cream, whisk together or whirl in a food processor sugar, butter, and almonds until well mixed. Mix in the the eggs one by one.

Roll out the dough on a floured surface and place it in a tart shell.

Bake for 30 minutes on 350F. Cool before cutting into wedges.

Don't miss our interview with Evy and win Sugar and Spice and all Those Lies! 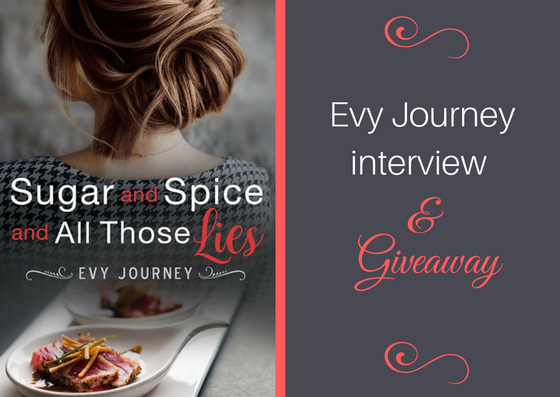