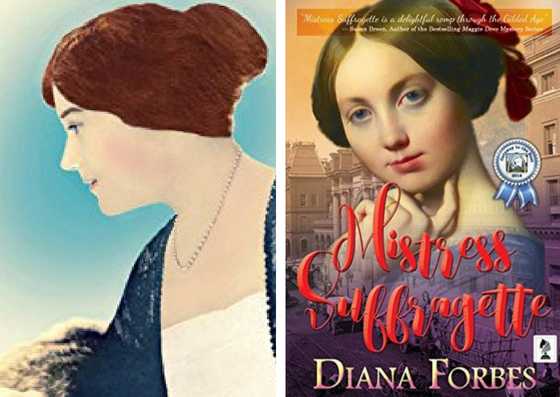 Read our interview with Diana Forbes, a historical fiction author who is passionate about old New York, ancestry, and untold stories. She is a ninth-generation American, with ancestors on both sides of the Civil War. Diana Forbes lives and writes in Manhattan. When she is not cribbing chapters, Diana Forbes loves to explore the buildings where her nineteenth-century American ancestors lived, loved, survived and thrived. She is passionate about vintage clothing, antique furniture, ancestry, and vows to master the quadrille in her lifetime.

A young woman without prospects at a ball in Gilded Age Newport, Rhode Island is a target for a certain kind of “suitor.” At the Memorial Day Ball during the Panic of 1893, impoverished but feisty Penelope Stanton draws the unwanted advances of a villainous millionaire banker who preys on distressed women—the incorrigible Edgar Daggers. Over a series of encounters, he promises Penelope the financial security she craves, but at what cost?

Skilled in the art of flirtation, Edgar is not without his charms, and Penelope is attracted to him against her better judgment. Initially, as Penelope grows into her own in the burgeoning early Women’s Suffrage Movement, Edgar exerts pressure, promising to use his power and access to help her advance.

But can he be trusted, or are his words part of an elaborate mind game played between him and his wife? During a glittering age where a woman’s reputation is her most valuable possession, Penelope must decide whether to compromise her principles for love, lust, and the allure of an easier life.

Tell us a few words about yourself - whatever you want to share about your personal and professional life, but also why you decided to become a writer.

I feel like writing chose me, and not the other way around. At the age of 6, I was writing diary entries. By the time I was 8, I wrote poetry. Two years later, my school asked me to help start the school newspaper. Later, I wrote features for my college paper, restaurant reviews for a review guide, and interviews for a local newspaper in Manhattan. I always knew that I wanted to write, and for me the question was what form should it take?

How did you start writing?

What are your writing habits? How often do you write, and how long at one time?

I am a creature of habit. I am fortunate to have an office where I do all my writing. I get into the office at 9 in the morning and write until 3:30 p.m., Monday through Friday. I take a break at 3:30 and work on promotional ideas for my debut novel, Mistress Suffragette. I leave around 7 p.m. during the week and try to hit the gym. On Saturdays, I have a “short writing day” – maybe two hours. On Sundays I have a long writing day—at least 8 hours, sometimes 10. It’s at this pace of writing that I feel things begin to happen for my projects. I also take two writing classes per term, so I’m reading other people’s work always. Additionally, I try to read great literature for about an hour a day before I get to my office.

What advice would you give to someone who wants to become a writer - so, to someone like the person you were before you became a published author with rave reviews?

First, believe in your project. Know that it will improve the more drafts you do. So, if it seems to be taking a long time to write it, that’s perfectly normal. Second, never try to “time the market.” There is no way to predict what will be the next big thing in fiction. A lot of people say, “write what you know.” That’s great advice, but I also feel it’s a good idea to “write what you love.” It’s easier to sit in the chair and write when the topic is something that’s really close to your heart.

Who are your favorite authors and have they inspired you in any way?

I love the classics.  Right now, I’m reading The Great Gatsby for the fifth time. I love the poetic voice of the novel. Emma and Pride and Prejudice, I return to over and over. With Austen, I appreciate the ironic distance and her world view. I have read Gone with the Wind at least four times, and I am lured into the sweeping saga each time. The Catcher in the Rye feels as fresh today as the first time I read it. I think I’ve re-read it six times. All that said, I also read novels that are written today, and there are some classics that I’ve read only once. I also read newspapers, short stories, and flash fiction.

What would you like to say to your readers? What do they need to know about you and your first book?

I am so grateful to my readers. Thank you for spending time with my story! I really wanted to write a book I would love to read. For me, that’s a novel that whisks me away into its world.

Are you writing and when can we expect to read your second book? Will it be linked in any way to the first?

Thank you so much for asking. I am polishing the sequel to my novel. After that, I will be writing the third book in the trilogy. I have also written ¾ of another novel that takes place during the current time period. 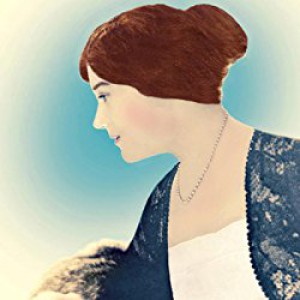 Diana Forbes is an historical fiction author who is passionate about old New York, ancestry, and untold stories.

She is a ninth-generation American, with ancestors on both sides of the Civil War. Diana Forbes lives and writes in Manhattan. When she is not cribbing chapters, Diana Forbes loves to explore the buildings where her nineteenth-century American ancestors lived, loved, survived and thrived. She is passionate about vintage clothing, antique furniture, ancestry, and vows to master the quadrille in her lifetime.